Metaldehyde still on the radar for UK water companies

The UK government’s ban on the sale of metaldehyde-containing slug pellets, introduced this summer, was in place for just a month when it was overturned by a High Court decision on 31 July 2019. This means that the substance will remain on the radar for water companies and environmental groups – for the moment at least. 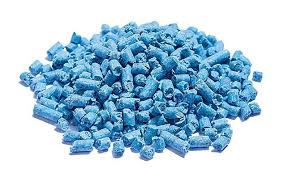 The Defra ban on substance came into force on 30 June, with the use of existing stocks permitted for a further year. However, a legal challenge by Chiltern Farm Products resulted in the ban being overturned by the High Court in Augusts 2019. The ruling was said to be based on concerns about an error in Defra’s decision-making process.

Metaldehyde is the most commonly used active ingredient in slug products, which are widely applied to cereals and oilseed rape across the UK. Although it has low toxicity, cases of metaldehyde poisoning and death in both humans and animals have been reported.

Following the High Court judgement, a Defra spokesperson said that the government would review the decision to restrict the sale and use of metaldehyde products, adding:  “We will retake the decision as swiftly as possible, taking account of the procedural points raised. Our priority is to protect people and the environment, and all decisions on pesticides are always based on the best available science.”

Metaldehyde has been a particular issue for water companies as the substance is very stable, highly soluble and mobile in the environment, especially during periods of rainfall, when it can seep into reservoirs, rivers and groundwater used for abstraction.  Furthermore, once in source water, it is hard remove – even using advanced treatment processes.

The European Commission has adopted a directive that restricts pesticides levels to 0.1μg/L in drinking water. Yet metaldehyde levels in treated water have frequently exceeded this limit since monitoring began in the UK in the mid-2000s.

Water UK, the group representing the major UK water companies, has issued a position paper in response to the High Court ruling, overturning the ban. In the paper, Water UK states that  “water companies must continue to monitor metaldehyde concentrations across catchments and….will use this data to identify when abstraction may need to be ceased (where this is possible), or when blending options will need to be instigated.”

The position paper also notes that “it is highly likely that low concentrations of metaldehyde could continue to be detected in the environment for a variety of reasons” and “that water companies will need to keep their catchment risk assessments under constant review”, with the possibility that metaldehyde “could become a potential barrier to water trading and could hamper efforts to improve resilience across the industry.”

The paper argues that wide-scale investment in additional treatment processes would be unsustainable from the perspective of costs to customers and carbon emissions. Therefore, it calls for the industry to learn from leading companies on catchment management and control and for the Metaldehyde Stewardship Group to, among other things,  re-launch the “Get Pelletwise” Stewardship scheme and demonstrate a further reduction in overall metaldehyde usage by end users over time.