Since the aftermath of World War I and II, the North and Baltic Seas have been littered with thousands of ship and aircraft wrecks, housing a deadly cargo of conventional munition and agents of chemical warfare.

Polish, Danish and Dutch waters, and in fact, all coastlines on the North and Baltic seas are also affected.

Because of the strong dilution effect in the marine environment, conventional analytical methods have, as yet, been unable to reliably detect the most hazardous constituent of conventional munitions (TNT and related compounds).  Instead, a group of researchers are using Chemcatcher® passive samplers as well as biomonitoring with the blue mussel species Mytilus spp, as part of two related projects  to detect and identify ageing munitions and to safely remove them. 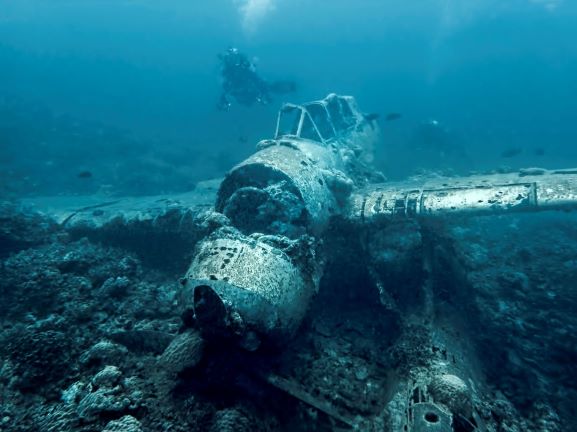 Threats to the marine environment and human health

The most hazardous constituents of conventional munitions are trinitrotoluene (TNT) and its degradation products trinitrobenzene (TNB) and amino-dinitrotoluene (ADNT). Mercury, methyl mercury and lead are present in trigger units and explosive capsules.

TNT and its degradation products are known to have a toxic effect on aquatic organisms, such as sea urchin, crayfish and green algae. Furthermore, enrichment in the food chain through bioaccumulation poses a threat to human health, since TNT has both acute and chronic toxic effects and is classified as being carcinogenic and mutagenic – while its major degradation products 4- and 2-aminodinitrotoluene (4- and 2-ADNT) are also toxic and mutagenic.

These substances can be released from aged munition into the seawater and surrounding sediment due to either the corrosion or breaching of the metal housing of the weapons or during their planned delaboration (making safe). As a result, the current situation is a threat to both the marine environment and human health as well as an obstacle to the development of maritime economic opportunities.

One of the advantages of using the passive samplers in this case is that, unlike the mussels, they will not metabolise the explosive compounds. 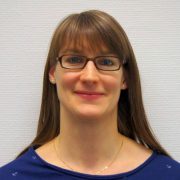 In a project dubbed RoBEMM researchers are aiming to develop an economically viable and environmentally friendly robotic underwater salvage and disposal process, using autonomous technology (without divers or detonation) to delaborate potentially dangerous mines and other explosives in-situ (underwater), particularly in coastal and shallow waters.

However, challenges include knowing the location, quantity and type of munitions on the seafloor, since, over the years, the disappearance of documents and gaps in the archives have been compounded by the relocation of wrecks and munition through ocean currents and human intervention.

A sister project, abbreviated to UDEMM, is bringing together four separate pieces of work associated with the impact of underwater munition and the delaboration initiative, with funding of approximately €1.6m from the German Federal Ministry of Education and Research (BMBF).

One of these work packages seeks to develop improved processes to detect and identify ageing munitions and to measure TNT and its degradation products in open water, sediment and biota, as well as to create flow models of the release and distribution of associated contaminants before, during and after delaboration.

The work is being carried out by scientists from the Toxicological Institute at the University Medical School Schleswig-Holstein,  GEOMAR (Helmholtz Centre for Ocean Research, Kiel) and the Leibniz Institute for Baltic Sea research, Warnemünde, with the help of divers.

Their chosen study area (Kolberger Heide, Germany) is burdened with explosive compounds near blast craters in water depths of up to 18 meters.

Heading this element of the research, Jennifer Strehse, at the Christian-Albrecht University (CUA), Kiel, said she choose Chemcatchers® as she had found them easy to use in terms of preparation and analysis in previous studies of explosives and pharmaceuticals, personal care products and illicit drugs in German rivers as well the North- and Baltic Sea

The aim of the Chemcatcher® samplers in the current work is two-fold: firstly, to prove that explosive-typical compounds exit the sunk munitions, and, secondly, to determine a time-weighted average concentration in the water.

One of the advantages of using passive samplers, in this case, is that, unlike the mussels, they will not metabolise the explosive compounds. Therefore, it is possible to categorically state whether – and in what proportion – TNT and its degradation products occur in the water column.

In summer 2018, the Chemcatcher® passive samplers were successfully validated in the laboratory and were subsequently deployed in four locations in the Baltic Sea, alongside the exposed mussel species.  The samples are currently being analysed, and the researchers are awaiting results.

Further information about this project

The Federal Ministry of Education and Research (BMBF) has provided funding of approximately €1.6 million for the UDEMM project within the special programme “Research for Sustainable Development (FONA)”.

As the German Federal State struggling most with the consequences of sea dumped munitions, the state government of Schleswig-Holstein provides general information on this topic on behalf of the German Programme on Underwater Munitions at www.underwatermunitions.de.

Metaldehyde still on the radar for UK water companies – how Chemcatcher®...